Hand printed photograph made from original glass negative by Lawrence Reiter. Photo chemically processed to an archival standard, expect image longevity to last over 100 years.
Available in limited quantity in size 11x14 at $50.00 each, plus S&H.

Posted by Meheranara at 2:48 PM

God in Human Form is a hard-bound 11x14 glossy photo book of Baba's life from youth until his passing. If any of you remember Love Personified, this is Hermes' rendition of it again.

Lord Buddha's Explanation of the Universe $30.00

$1000.00 (Only 3 Sets Left!)
Lawrence Reiter's works can only be summed up as the lost art of Meher Baba photographic works. Lawrence Reiter, many knew as Hermes gave his life to the spreading the words of Meher Baba in his editing of Lord Meher and making available the images of Meher Baba. Not only is his work monumental, it will never be done to such a caliber again. Help spread the word and image of Meher Baba as Hermes would have wanted it. 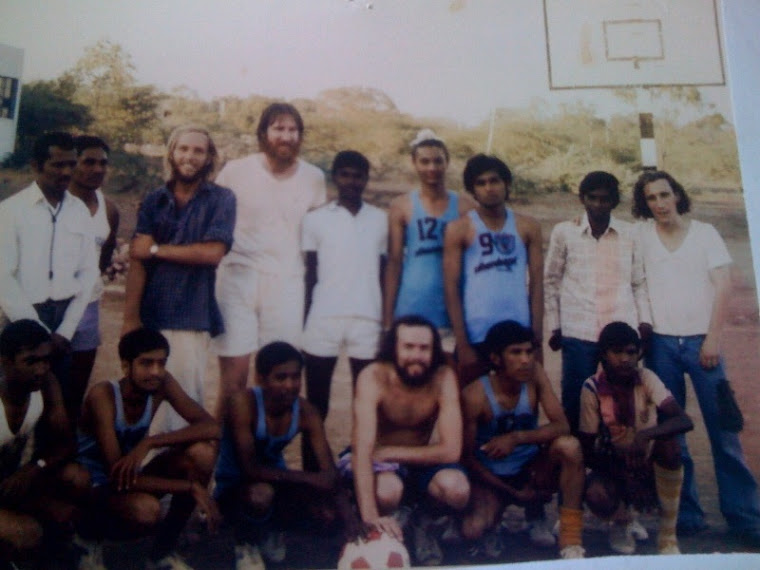 Back in December of 1973 in Ahmednagar India a basketball game was arranged by the Ahmednagar Christian College versus some Westerners. Who happened to be on pilgrimage at nearby Meherabad, the holy tomb shrine of Avatar Meher Baba. The Westeners, known as Baba-Lovers were there for brief stays of 2 to 4 weeks, and didn't plan on anykind of athletic
activity, and were randomly chosen by the question, " you wanna play some hoops against the local college team"? It was 7 Americans who said yes, and the date was arranged for the game on the outdoor "dirt" basketball field at Ahmednagar Christian College! Our starting five consisted of Hermes Reiter, wearing sandals, ( which he discarded and went barefoot) who is on the far right in the photo with a white T and jeans... and who played with a fervor and passion that was warrior like transcending basketball skills with sheer Energy! Another player was Fred Stankus a 6'5" long hair with a beard that towered over the undersized Indian College players, and then there was an actual starting guard from a USA university who excelled in ball handling skills and dazzaled the ACC (Ahnednagar Christian College) players with his savvy and quickness! The other Westerners (Baba-Lovers) who played had some playground experience but had not participated in a team game for years but the Result was Amazing! The Meherabad Baba-Lovers on their speed basketball rythym ( the Indian team seemed to move and pass the ball like a sitar rythym) while the Americans where like A rock concert with Hermes being like Roger Daltrey and the rest of us THE WHO, slashing and racing to the baskets to over power the "soccer-like" Movements of the College team! I don't recall the final score, but The Meherabad Pilgrims beat the Ahmednagar Christian Collegeby about 20 points! And the play of Hermes Reiter lifted our spirits and it felt like the game was being enjoyed by an Universal audience ...:some refer to this game as the East vs the West Basketball game, perhaps it was more than a game that was experienced?
-Fred Stankus, 12/1/2010 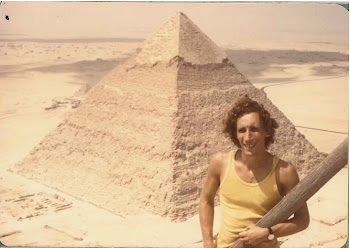